The Public Libraries Project is exclusively personal and has no ties to any public or private entity or company. This is a personal project by the author that aims only to contribute to Literature, in special young people of public schools and users of Public Libraries in general.

I Always dreamed about doing something good in favor to the pleople, in special to the poor countries in Africa and other continentes. I admire people who gives themselves, body and soul, many of them volunteers like in the project “medicines sans fronteires”. However, even beeing very far away from what I would really like to do, I feel a little confort and a few of happiness to realize something through literature.

“Out of the world of books by my humble social origins, it was in the Public Library that I developed self-taught. The habit of going to libraries became ingrained in me from the age of 16. My favorite place, arguably, was the Galveias Municipal Library, in Campo Pequeno, inaugurated in 1931 and still active today.It was there that one day I found a bound book, which was to me like another sun that was born.”

If you wish you can watch the video above. 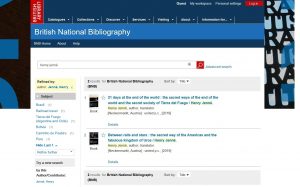 The British Library is the national library of the United Kingdom and the largest library in the world by number of items catalogued. It is estimated to contain 170–200 million items from many countries. As a legal deposit library, the British Library receives copies of all books produced in the United Kingdom and Ireland, including a significant proportion of overseas titles distributed in the UK. The Library is a non-departmental public body sponsored by the Department for Culture, Media and Sport. 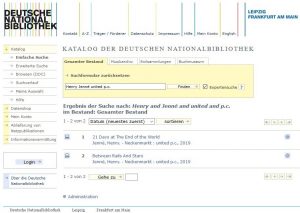 The National Library of Sweden (Swedish: Kungliga biblioteket, KB, meaning “the Royal Library”) is the national library of Sweden.
As such it collects and preserves all domestic printed and audio-visual materials in Swedish, as well as content with Swedish association published abroad. Being a research library, it also has major collections of literature in other languages. The obligation to collect all printed works in Swedish was laid down in 1661 in an ordinance from the Swedish Privy Council Chancery.The collections of its Library consist of more than 18 million objects,including books, posters, pictures, manuscripts, and newspapers. The audio-visual collection consists of more than 7 million hours of recorded material 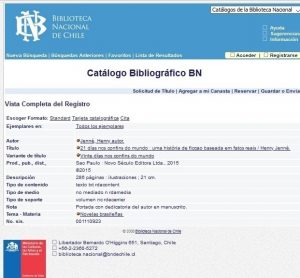 The National Library of Chile is one of the oldest institutions in Latin America. On August 19th, 1813 was published in the official periodical of the time, El monitor Araucano, by the board of government members the foundation of the National Library. From this proclamation, it began to receive large numbers of works, which constituted his collection of intellectual and cultural universe. 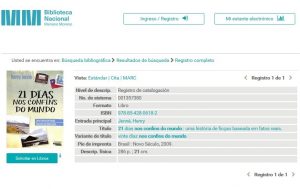 The National Library of Argentina is the largest library in the country and preserve in its collections one of the most important bibliographic sources in the Americas. It is located in the Recoleta neighborhood of Buenos Aires. The current headquarters is on what was the former presidential residence: The Unzué Palace. 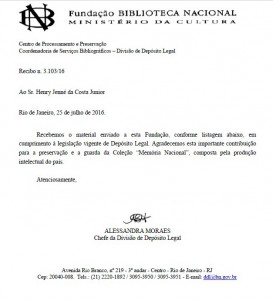 The National Library of Brazil is the body responsible for the preservation and diffusion of intellectual production in the country. With over 200 years of history, it is the oldest Brazilian cultural institution. It has a collection of approximately 9 million items and is therefore considered as one of the world’s leading national libraries. Its initial collection dates from 1808, with the arrival of D. João VI and his court in Rio de Janeiro bringing with them the collection of the Royal Library, as a consequence of the invasion of Portugal by Napoleon Bonaparte’s troops.

The National Library of Mozambique is a property built in 1904 to house the then Bureau of Finance. The building was designed by architect Mário Veiga, hosting the Library in 1961. It is located on Avenida 25 de Setembro in Maputo. The National Library of Mozambique is also responsible for the legal deposit system of Mozambique. It was the first of the 09 Portuguese speaking Lusophone countries to receive “21 Days in the End of the World” was Mozambique, the country of the reputed writer “Mia Couto”. 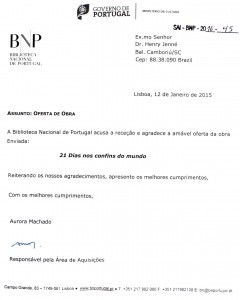 The National Library of Portugal was created by February 29th, 1796, under the name of Royal Court Public Library, with the purpose of accessing the general public to its collection, thus contradicting the European tendency of the time to make it available only to sages and scholars the handwritten and printed treasures of its Royal Library.
. 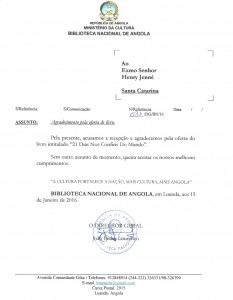 The National Library of Angola, located in the capital Luanda. It was founded in 1969, still under Portuguese rule, and has since been responsible for the legal deposit system in Angola, among other functions, such as the public library. In 2018 the Library was attended by almost 70 thousand people. The oldest publication is the Diário da República, with a collection of copies from the year 1872. 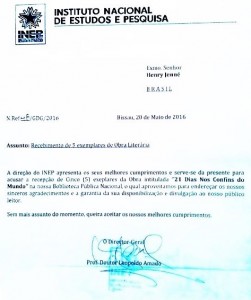 The Public Library of the National Institute of Studies and Research, located in the capital Bissau, is the main library in the Republic of Guinea-Bissau. It performs the library functions of the National Institute of Studies and Research and the nearby Amílcar Cabral University, the public library of Bissau, and the country’s national library, being responsible for Guinea-Bissau’s legal deposit system. It holds a collection of about 70,000 titles, divided into the main sections of periodicals, monographs and documents from the colonial period. After the end of Portuguese rule over the country in 1974, the library was founded in 1984. It inherited the collection from the colonial library of Portuguese Guinea and became responsible for the legal deposit in the country. 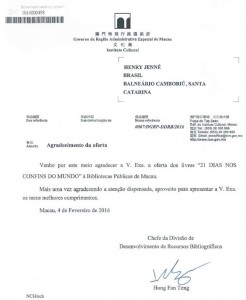 Founded in 1895, the National Library of Macao began operating in a hall of St. Augustine Convent. He passed several addresses between 1917 and 1983, when he moved to his current headquarters. With the end of Portuguese rule in December 1999, the National Library of Macao continued with the right to legal deposit, and since August 1999 has been covered by Chinese copyright laws. 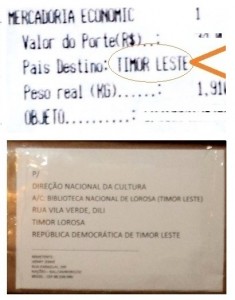 The National Library of Timor-Leste is a library under construction in the village of Ai-Tarak Laran, Kampung Alor juice, Dili municipality in the capital Dili. According to the Journal of the Republic of Timor-Leste, the library will have as its basic functions to collect, preserve and disseminate national registers, as well as research results produced about the country. Systematically exchange information with other international libraries and to serve as the driving force for the national network of public libraries, in liaison with and already existing libraries.

The National Library of Equatorial Guinea, with the acronym BnGE, is the highest institution of the State and head of the Guinean Library system. The BnGE was attached to the Ministry of Culture, but is currently a private department and as a National Library it is the center responsible for the preservation, conservation and dissemination of the documentary heritage of Equatorial Guinea. 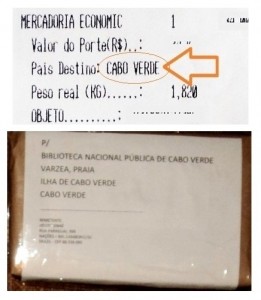 The National Library of Cape Verde, located in the capital Praia is responsible for the legal deposit system in Cape Verde. Also performs the functions of public library in the city of Praia and is the headquarters of the National Network of Public Libraries of the country. The first public libraries in the then Portuguese colony appeared in the late 19th century. These were the National Library and Museum at Praia, and the municipal library of Mindelo (1880). Following the country’s independence in 1975, new specialized libraries began to emerge in the 1980s, including the libraries of the Cape Verde National Assembly, the Cape Verdean Central Bank, and various ministries and educational institutions.